/* Google reCAPTCHA to cut down on spam */

SiteDocs is used by thousands of customers worldwide. If you don’t know, it is a mobile-friendly, off-line capable app that allows users to complete and submit forms. Clients frequently use SiteDocs for on-site inspections and activities. Creating custom forms is easy and the forms can be electronically signed. The on-line nature of the documents improves compliance and awareness for information being tracked. SiteDocs can also keep track of certification for workers.

The SiteDocs customer base is currently in the thousands and is growing rapidly. One of our clients uses SiteDocs every day to capture information. Our client also uses SharePoint and wanted to get information captured in SiteDocs into SharePoint so that it can be incorporated into existing processes there.

Eureka iTech uses both these tools to automate processes for our customers. Microsoft and Zapier have connectors available to Software as a Service (SaaS) applications with APIs. There is some overlap as to what the SaaS applications Power Automate and Zapier support, but Zapier currently ties into more than 3,000 apps. Power Automate currently has connectors for around 600 apps and both companies are adding new ones constantly.

Working with the SiteDocs API did pose a few challenges. First, simply having a SiteDocs account doesn’t mean you get to use the API, as is the case for many other products. The API is an additional subscription. SiteDocs will generate an API authorization token for the user account that you will use to make calls to the SiteDocs API.

Once the token has been generated, you can use the Swagger powered API site to try each of the API functions. It is a quick way to confirm data is available and to see what format it is in. The API returns data using JSON, but some of the values in the JSON key-value pairs are actually more JSON that has been escaped to be passed as data and not more JSON objects. That was the second challenge, at least for me.

SiteDocs allows users to build forms with different types of input fields. One type of input field that is used frequently allows users to select from a list of predefined choices. In the form on the front end, it looks quite simple. For an example, look at Figure 1 below. The user filling out a form picks a value from a short list.

However, when the API returns the content of the completed form, the data includes more than the field name and selected value. The JSON object for that field is shown in Figure 2.

Most of the items in the object are simple key-value pairs, but the value for the Content and Value keys are escaped JSON objects that need to be unescaped. Furthermore, the Value object includes all the choices in the list. The selected choice needs to be identified by finding the attribute that has a value of true. For comparison, Figure 3 shows an example of a text field returned as JSON.

If you look at the Content value in figure 2, you can see the first key value pair of the escaped JSON is “Label”: “LOA”. What needs to be done then in order to get the field name is showing in Figure 4 below. These steps are performed on each JSON object that represents a field from the SiteDocs form.

For this flow, we use variables to assign values to fields from SiteDocs. Later, we assign the variables to the values of the related fields in the SharePoint items we are creating or updated. 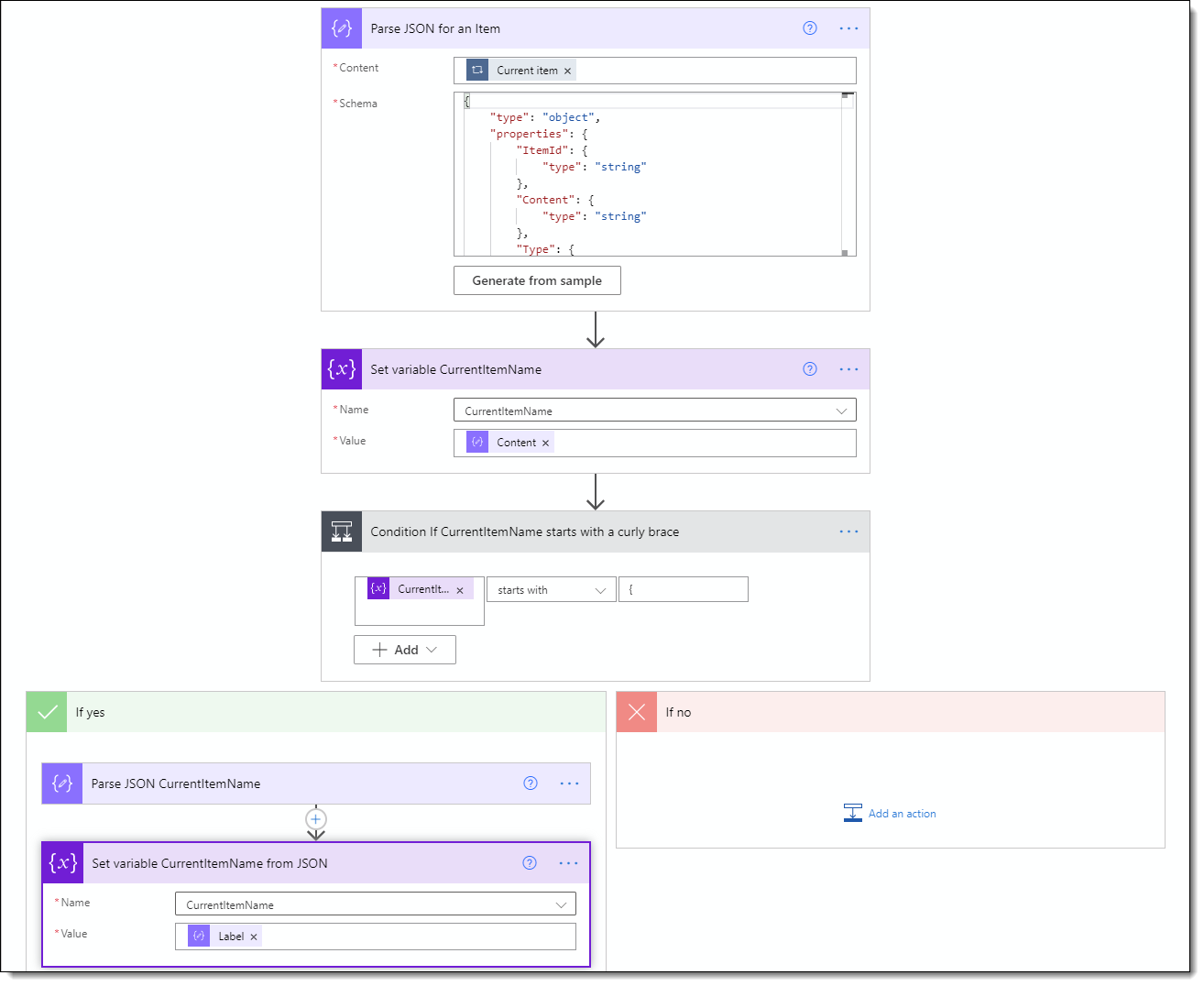 All that processing was required just to get the field name from SiteDocs. Now we need to get the value of the field. This will involve a similar technique of looking to see if the value starts with a burly brace or not. If it does, then it is JSON and will be parsed to get handle on the key-value pairs in the object. For a choice field, we need to perform additional processing.

Refer back to Figure 2 and look at the JSON again. The choices are the value for the Contents key and the value, once parsed, is an array as indicated by the beginning square brackets [ ]. To process the array, the Apply to each Power Automate action is used. For each object in the array, the object is parsed and the value of the selected key is check to see if it is true. If it is, then the value of the title key is assigned to a variable. 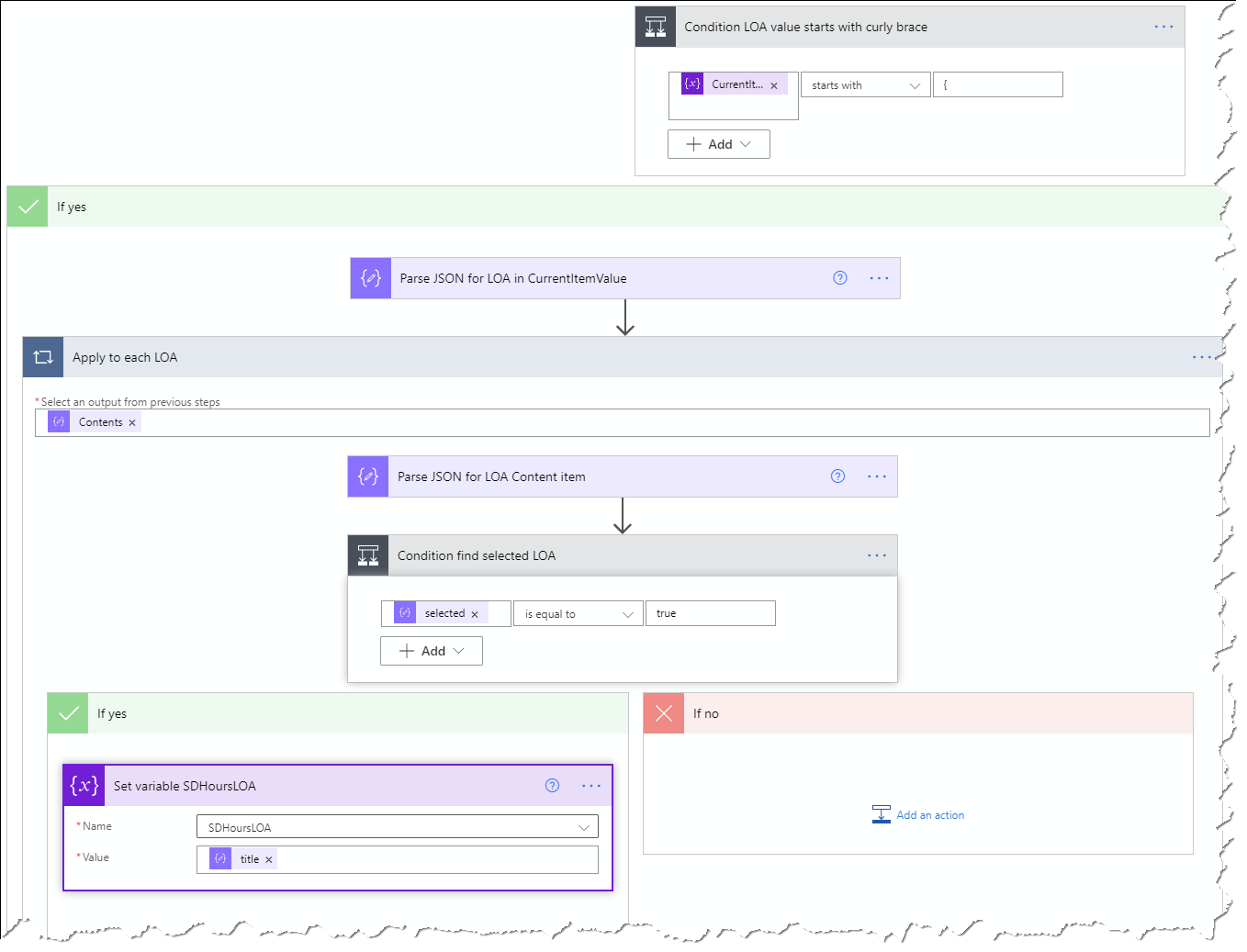 Figure 5: Getting the selected value from a choice field

We haven’t yet mentioned an important input for the Parse JSON action in Power Automate, the Schema. 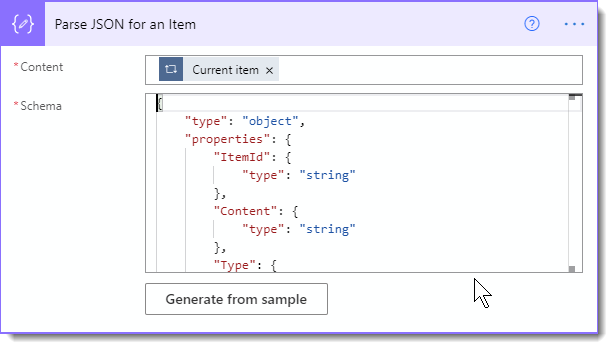 The schema is a JSON object that describes the JSON that will be parsed. Power Automate will create the schema for you if you have a sample of the JSON that needs to be parsed. This easily done with the SiteDocs Swagger API page. Simply try the API method you will be calling in Power Automate, locate and copy to the clipboard the JSON object that you need to parse. Next, on the Parse JSON action step click Generate from sample and paste the JSON into the dialog box titled Insert a sample JSON Payload that opens when you.

The schema for the data you pasted is automatically added to the Parse JSON action when you click the Done button and confirm you want the schema updated.

This blog post is has covered how we resolved some of the technical challenges of integrating SiteDocs with SharePoint. In our next post, we will elaborate on how this effort resulted in another success story for our clients. Many systems, like SiteDocs and SharePoint provide great value to the organization that use them. When you can combine them, the value is multiplied and the return on IT investments is increased.

Contact us today to discuss how we can help your organization get more from their information technology investments.

Don't miss out on any of our blog posts.

Get notified via email when new posts have been published.

Thank you! Please click the verification link in the email we just sent you in order to confirm your subscription.

This site uses Akismet to reduce spam. Learn how your comment data is processed.

with productivity solutions from iGlobe and Ant Text.

Please fill in the form to be contacted about this unique offer.

Protecting the security and privacy of your personal data is important to both iGlobe and Eureka iTech.